“Maria is one of a kind. She managed to overcome unbelievable challenges that most of us do not dare to even think about. She follows what she believes in with a passion. Her priority is to look after the deserving others and does not give up.”
– Musa Al-Sadoon, President at Rotary Jumeirah – Dubai

Maria’s story is one that reaches great heights, but also one that takes many falls. Her path has often been steep, with plenty of twists and turns often out of her control.

It’s a story that takes audiences on a journey, where they cannot help but be immersed in the difficult situations that she has had to face. It inspires. It makes you want to do more with your life. No excuses.

From a difficult beginning, losing a mother at 2 years old and again at 9 years old, Maria has faced adversity from an early age. How Maria went from a difficult start in life to become the first Portuguese woman to summit Mount Everest is just one of her incredible stories, and there are many more.

She is also the first Portuguese woman to the North Pole and the South Pole. She has 8 Guinness World Records for running ultra marathons and Ironman Triathlons, despite having no background in sports.

Maria attempted to swim the treacherous English Channel only a year after learning to swim, an epic but unsuccessful attempt that won the hearts of many people.

She does all of this for a cause. It’s part of a mission. But it’s a story that we can all learn from.

Maria’s difficult childhood experience has given her a mindset that makes her determined to help others in difficult situations. But it hasn’t been easy.

Maria has constantly found herself needing to find a way through seemingly impossible barriers and obstacles, or having to find a new or better way to do things. She never gives up.

In 2005, she started an initiative in the slums of Bangladesh where she has helped 101 families and more than 600 children get an education. Among other things, he built one of the most advanced schools in Bangladesh, despite not even having completed grade 6 herself. But after a 8 years it all came tumbling down due to matters beyond her control.

She showed great resilience and determination, in finding new ways to get the slum children back to school.

Maria’s story gives incredible examples of innovation, leadership, and agility to keep her project going, to keep her promise to those slum children.

A never give up attitude and a strength to constantly re-invent herself and her strategy, Maria believes that you can always find a path to success.

Realizing that her story has the power to inspire, Maria speaks at events around the world to encourage people to pursue their own goals and dreams, to aim higher and to achieve more in life for themselves and others. 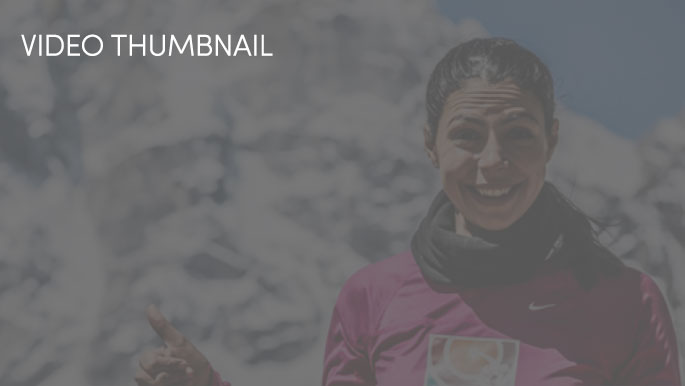